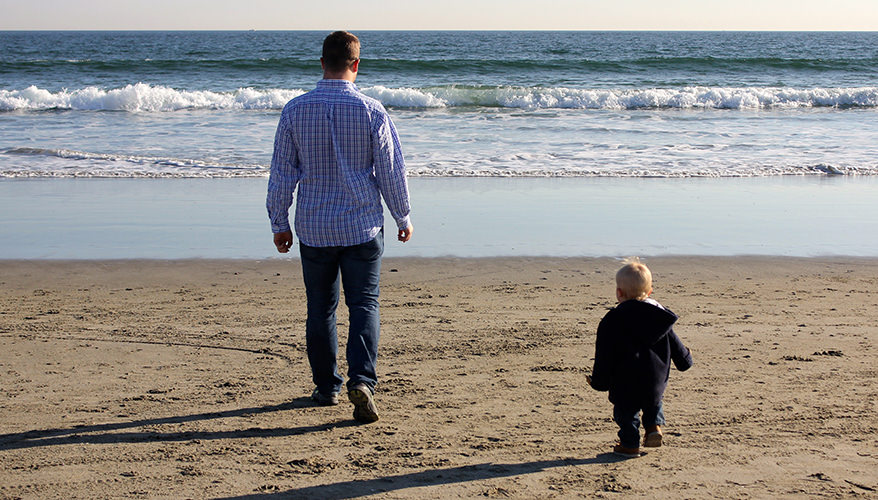 The Freedom Trail for Families

Whilst encapsulating rural America, with it's picture postcard seaside villages, historical towns and clapboard houses, New England still offers a perfect setting for a truly unforgettable family holiday. This exciting family friendly itinerary allows you to experience all the highlights of 3 of the area's most southern states; Massachusetts, Rhode Island and Connecticut but without the mileage of many other Eastern USA Self drive tours. This self drive tour is ideal for families with children of all ages, especially younger ones.

Begin your stay in this delightful and friendly city by putting on your walking shoes and exploring at your own pace, either by walking along The Freedom Trail, a three mile historic walk through Old Boston or taking 'The Old TownTrolley Tour'. This allows you to hop on or off at any of the scheduled stops, covering over 100 points of interest including Boston Common, Copley Square and the cobbled streets of the pretty neighbourhood of Beacon Hill.

The city is also home to the famous Boston Duck Tour which takes you on an entertaining trip by land and water in a real WWII amphibious landing vehicle! This trip is a must for any family so make sure you book early and be prepared to quack like a real duck when you pass another Duck tour on the river!

Be amazed by the magnificent Harvard Museum of National History where kids and parents alike can enjoy engaging and thought provoking activities that make natural history really come alive. Then enjoy the 'Covent Garden style' atmosphere of Quincy Market with all it's great shops and irresistible food stalls and restaurants - a perfect place to pick up some delicious muffins and cookies for hungry kids after another fun filled day in this great city.

A short drive onwards to Cape Cod will take you Via Plymouth, about 1 hour south of Boston where you can break your journey for a few hours, and have some fun. Explore Mayflower II, a recreation of the ship in which the Pilgrim Fathers landed back in 1620, and talk to the 'Pilgrims' about their journey. Nearby Plimoth Plantation offers a fascinating glimpse of what life was like for Native Americans and settlers alike. Finally pay a visit to Cranberry World where you can learn all about the area's number one product in a fascinating museum environment, complete with real Cranberry Bogs. After lunch, continue your leisurely journey a little further south onto the Cape along the slightly quieter and more scenic route 6A. This will take you through various pretty seaside villages and winding lanes until you reach Falmouth, a delightful town on the western tip of Cape Cod.

You'll have plenty of time to explore Cape Cod's hundreds of miles of unspoilt ocean beaches, various bike trails and wildlife refuges as well as experiencing the thrill of a Whale watching trip from famous Provincetown between June and October. Discover it's numerous colourful fishing ports where you may even see the day's catch being unloaded, such as the one in the beautiful seaside village of Chatham. Here you will find many great ocean beaches and a lovely old lighthouse. Also visit Sandwich, the Cape's oldest town and a small community with a town green and a village centre. It is home to the Hoxie House, built circa 1637 and therefore the oldest house on the Cape. Don't forget to take a ferry over to nearby Martha's Vineyard or Nantucket.

Depart on another short scenic drive today and you will quickly find yourself arriving at your next stop in Rhode Island At only 37 miles wide and 48 miles deep, 'Little Rhody' as it's otherwise known is the USA's smallest state. However, with 400 miles of coastline, and a wealth of interesting things to do, a stay in Providence, one of New England's most historic and lively cities is a must for any family holiday in the area.

This state capital is rich in heritage, and boasts beautiful buildings, great shopping, a scenic riverwalk and an outdoor skating arena. It's also home to the world class Roger Williams Park Zoo - voted one of the top 10 in the country. With over 957 animals representing 156 spieces , it boasts a Tropical Rainforest Building where "spunky monkeys" roam free in a constructed jungle-like environment. The zoo remains one of the city's top attractions and offers hours of entertainment for children and adults alike.

Leaving Providence you can either drive straight to Mystic in Connecticut or take a slightly longer and more leisurely route, exploring the beautiful Rhode Island coastline along the way. Why not stop en route and take the 30 minute catamaran across from Point Judith/Galilee to Block Island, a tiny resort lying twelve miles off shore where the clocks seem to have stopped in 1955! At just 10 square miles in size it's the perfect place for a long leisurely beach picnic and a home made ice cream, before you make your way back to the mainland and continue on to Mystic.

As well as being steeped in history and home to Yale University, Connecticut is also famous for having had The Frisbee, hamburgers and lollipops all invented there. Today the area offers a wealth of attractions that make this southernmost state an essential stop on any New England itinerary. Discover the Mystic Seaport, America's premier maritime museum with an amazing village area of historic buildings and tall ships. Mystic is also known for its exciting Aquarium, home to over 3500 sea creatures including Beluga Whales, harbour seals, Penguins and most notably Kodiak, the 9 year old male Steller Sea Lion that already weighs over 1700 pounds! Mystic Aquarium is one of only five aquariums in the world where you can actually view the largest known breed of Sea Lion. Here you can also enter the mysterious world of the Rainforest in the 'Hidden Amazon' where you can discover the creatures that live under the canopy of this strange and colourful world. It's filled with creepy tarantulas, poisonous frogs, slithering snakes, fascinating piranha and soaring bats. You will all have fun learning about the animals that live in the Amazon by day and the mysterious creatures that emerge at night. Also spend time exploring Mashantucket Pequot, the worlds largest Native American Indian Museum, where you can stroll through an authentically recreated 16th century Indian village complete with wigwams and lifelike figures. Meantime, Olde Mistick Village offers more than 60 shops and restaurants in a unique shopping environment, with something to appeal to everybody's taste.

Leaving Mystic, a leisurely journey today will take you north through the Connecticut countryside and back into Massachusetts, where you will stay in the town of Sturbridge.

Spend a whole day at one of the most visited tourist attractions in the US, Old Sturbridge Village, a recreation of a 19th century New England farming village and surrounding countryside, with more than 40 buildings and working homes from a water powered sawmill to a general store filled with goods. As soon as children step in the Visitors Centre and meet the Costumed greeters dressed in 1830's clothing they will feel like they've actually stepped back in time. They are directed straight to 'KidStory', an interactive touch and feel experience of what they are about to see and do, before they actually set foot in the Village including clothes to try on and a pretend farm complete with animals. There is usually also some kind of craft to try our before entering the 19th century. As soon as families set foot on the other side of the Visitor Centre they are transported to another era. They first see the Village green with where Villagers are plying their daily tasks. Children are encouraged to ask questions and at least one house has children's games and things to play with. On the green in the summer families can participate in 19th century outdoor games and play baseball of the period. The second area of the Village is the farm and mill area where parents and children alike can find out what life was really like in rural New England.

Plan to get the most from your day before heading back to Boston's Logan Airport for your Flight home. Head to the north east shore of Massachusetts to Salem - best known for one of the most notorious periods in American history when, in 1692 hundreds of men, women and children had their neighbours put on trial as practising witches and wizards. Whatever the true cause of the accusations the one certain thing is that the phenomenon has become a cottage industry here and is now a home for many psychics. Salem also has its own Heritage Trail that takes you to museums and the Witch House where pre-trial investigations took place.

This is also your last chance to buy souvenirs as you now have to head back to Boston on Route 95 to Logan Airport to drop your car off and catch your flight home.

We can also offer this itinerary in a wide range of other accommodation types, including superior hotels, character properties such as lodges and small inns.