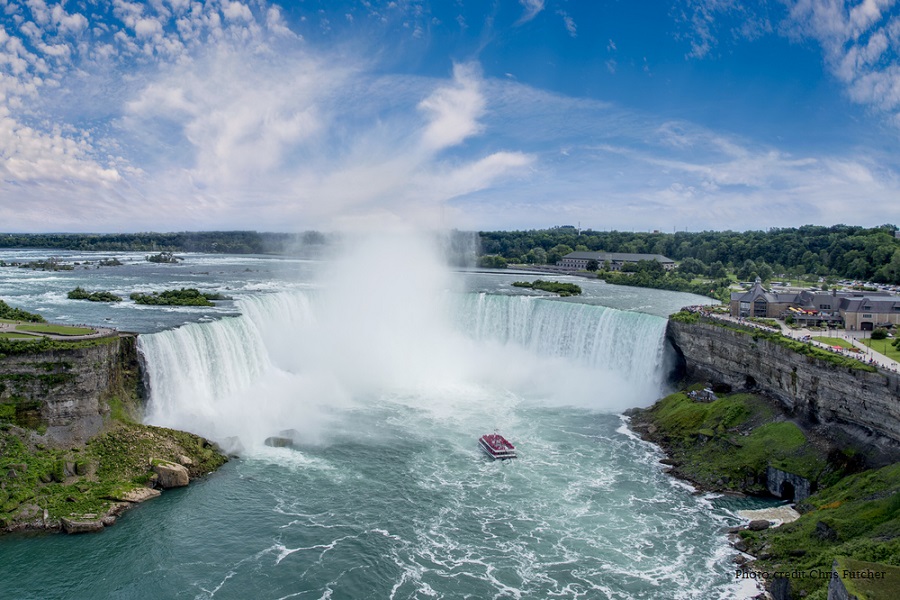 This 11-day tour takes in four of Eastern Canada’s great cities - modern Toronto, the capital Ottawa, beautiful Québec City and vibrant Montréal. In each we’ll enjoy a tour and free time, to make the most of your stay and we’ll take a side trip to thundering Niagara Falls, for a reminder of the sheer power of nature. Plus, we’ll visit a renowned winery, enjoy lunch at Chez Dany Sugar Shack, a tasty high tea and a Thousand Islands cruise.

Arrive on your direct flight to Toronto. On arrival, we’ll transfer to our hotel.

This morning, a sightseeing tour introduces us to Toronto and its glistening skyscrapers and 19th-century architecture. We’ll then make our way to the natural wonder that is Niagara Falls. We’ll arrive at lunchtime with time to appreciate the awesome power of the Horseshoe and American Falls, from the promenade. Or you could join an optional excursion to see the Falls by helicopter or boat. Early evening we return to Toronto.

We depart Toronto for Prince Edward County and Perth, where we’ll stop at a local winery for a tour and sample the local wines. Later, we continue on our journey to the nation’s capital, Ottawa and transfer to our hotel.

This morning we’ll embark on a short orientation of Ottawa, with its fine parliament buildings, picturesque parks and canals ripe for wandering. The afternoon is free to explore this capital city at your leisure. Parliament Hill is home to Canada’s national government and worthy of a visit, or there are museums and galleries aplenty. Or follow the Rideau Canal, a UNESCO World Heritage Site, as it winds through downtown Ottawa until it reaches locks next to Parliament Hill, where it joins the Ottawa River.

This morning we enjoy a guided tour of Québec City with its fort, gates and cannons, narrow cobbled streets and ancient greystone houses. Later you’re free to further discover the old walled city and visit the many interesting shops, enjoy fine French cuisine and maybe take a walk along the promenade overlooking the St Lawrence River. Maybe take a horse-drawn carriage around the old city - a great way to become acquainted. Alternatively, take an optional excursion to Wendake, the Huron-Wendat Nation Reserve.

Today is at leisure. Alternatively join an optional excursion to Tadoussac - travel along the Charlevoix Coastline, stopping at Chute Montmorency Falls, before boarding a ship in Baie-Sainte-Catherine to enjoy a whale-watching cruise. Whales, including fin, minke and beluga whales may be seen.

We have an early start today to make the most of the Beauce region, home to the greatest concentration of maple groves in Québec. Shortly after crossing the St Lawrence River we stop at the Chaudiere Falls, an impressive waterfall and suspension bridge, named ‘asticou’ (boiler) by the Abenaki Indians because of the kettle-shaped basin at the foot of the cascades. The river was the scene of a gold rush in 1846 when a nugget the size of a pigeon’s egg was found. By the beginning of the 20th century over $1 million worth of gold had been extracted. We’ll visit the Uplands Cultural and Heritage Centre, a neo-Georgian residence built in 1862. Five rooms have been decorated with antiques from the Sherbrooke Historical Society’s collection and the Lennoville-Ascot museum’s collection. While here, we’ll sit down for high tea, savouring scones, pastries, cucumber sandwiches and tea. We leave for Montréal this afternoon and on arrival, we’ll enjoy a guided tour.

We depart Montréal to Kingston, gateway to the Thousand Islands. Here we enjoy a relaxing cruise to discover this attractive archipelago varying from small outcroppings to much larger, inhabited islands. The rest of the day is free in Kingston.

We transfer to the airport for our return flight to the UK.

Various departure dates from June to August 2021 - call us for an up-to-date list.

Please call us on (01892) 779900 or email This email address is being protected from spambots. You need JavaScript enabled to view it. stating your preferred travel dates, and number of passengers for a detailed & competitively priced quotation.