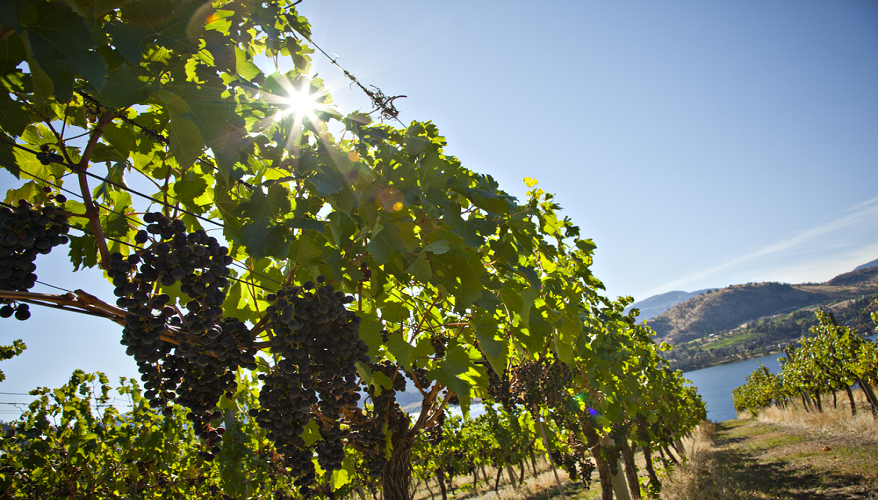 From the azure coastline of Vancouver to the quiet riding trails delving through the pleasant valleys and passes of the Rocky Mountains, this British Columbia and Alberta adventure will showcase a stunning variation of landscapes, climates and cultures. Travelling up the scenic Sea-to-Sky highway to Whistler marks the beginning of the journey inland to the high valley ranchlands of Ashcroft and a leisurely two days of horseback riding. Crossing the provincial border to Alberta, the natural wonders of Jasper and Banff National Parks are revealed. Taking the less travelled southern highways, experience the quiet majesty of Waterton Lakes National Park featuring high alpine rivers and lakes surrounded by lush carpets of wildflowers on mountain slopes. The road winds back through the passes and valleys of the Rocky Mountains and their characteristic communities before descending down to the sparkling lights of Vancouver.

Arrive Vancouver International Airport, transfer to your downtown hotel. The rest of the day is yours to create your own urban adventure amid the stores, parks, restaurants, theatres and other attractions of downtown Vancouver.

Go on a city tour of Vancouver and visit attractions as Canada Place, the dynamic Robson Street, Chinatown and historic Gastown. Visit Stanley Park and the Capilano Suspension Bridge in the North Shore rainforest. Cross the 137m-long bridge over a spectacular canyon to the Treetops Adventure observation structure for even more incredible views of this old growth forest. On your return to downtown Vancouver, perhaps enjoy a delicious meal at one of the many dining venues featuring cuisine from around the world.

Today you depart on your journey to Whistler - the home of the 2010 Winter Olympics and one of the premier outdoor recreation villages in North America. You will travel along the scenic Sea-to-Sky Highway, traversing five distinct climatic zones from rainforest to semi-arid alpine forest. The road also crosses the historic Pemberton Trail and Gold Rush Trail, used by prospectors in the 18th century. Travelling through small towns such as Squamish and skirting the shores of Daisy Lake, you arrive in picturesque Whistler Village set at the base of Whistler and Blackcomb mountains.

The 2010 Winter Olympics showcased the multitude of sights and activities available in Whistler, many of them operating year round. The many cafes and restaurants of the village provide the perfect destination for visitors leisurely exploring the pedestrian walkways and town squares. Woodland trails surround the village, as does a well developed network of biking and hiking trails for outdoor enthusiasts of all ability.

Today you head east into the British Columbia interior, passing through the high elevations home to small towns such as Lillooet. This quiet community is quickly becoming a destination for outdoor enthusiasts and specialty agriculture such as Merlot and Riesling grapes that flourish in the dry, warmer summers. Journeying into the ranch lands, you arrive at the ranch for a 2-night stay. Guests are invited to come explore 64 private hectares of alpine meadows on horseback, enjoy bird watching and discover the many nearby fishing lakes and forests.

Take a walk around the trails that lead out from the ranch, or take in a game of horseshoes with friends and other guests. You may also choose to participate in a morning or afternoon guided horseback riding trail excursion. Immerse yourself in this glorious ‘western’ way of life!

Today you depart your ranch and after passing through the surrounding rural woodlands, you begin your journey along the Yellowhead Highway. This route spans 4 provinces from Saskatchewan to British Columbia and ranges thousands of feet in elevation. You follow the Thompson River as your journey takes you through windswept cowboy country and into the gorges of the North Thompson River before opening up into Clearwater Lake. Beyond the town, the pristine parklands of Wells Gray Provincial Park feature the terminus of the river in a spectacular, towering waterfall of Helmcken Falls.

Taking your leave of beautiful Clearwater, you continue on the Yellowhead Highway as it descends down the eastern face of the Rockies into the fertile valleys of the Jasper region. The mountains part to reveal the aquamarine, glacier-fed lakes perched above the emerald valleys and grazing elk of Jasper National Park, one of Canada’s premiere wildlife and environmental refuges.

Today you have the rare experience of driving through two of Canada’s first and most prestigious national parks. Departing Jasper, the highway will take you past beautiful Lake Louise, reflecting the Columbia Glacier in the distance between mountain peaks. Arriving in Banff, you will instantly be charmed by this perfect mountain village with its quaint restaurants, boutique retailers and lush forest surroundings. The Elk population nearly surpasses the human as they casually meander up and down the town streets. Visit to the Luxton Museum, take a gondola ride to the top of Sulphur Mountain or a stroll through town admiring the many shops. You may also try river rafting on the Bow River or take a boat tour on beautiful Lake Minnewanka.

Leaving behind the quiet forests of Banff, you drive southwest today on your journey to the southern reaches of Alberta. After passing through the urban hub of Calgary, today’s route takes you near the historic Fort Macleod, one of the first operational posts of the famous Royal Canadian Mounted Police. Formed as a frontier law force that ranged over the western provinces, the RCMP grew to become Canada’s national police force in service today. Approaching the United States border, the protected, pristine beauty of Waterton Lakes National Park dominates the horizon with its stark and captivating beauty.

The beauty of this UNESCO World Heritage Site is yours to further explore today. A relatively unknown park in the national park system, this area of plateaus, forests, prime fishing rivers and hectares of mountain wildflowers is truly the hidden gem of Alberta. Many marked scenic drives such as the Akamina Parkway and Chief Mountain Highway allow visitors to see the interior of the park with its shallow, clear alpine lakes and old growth forests without long overland hikes.

Driving west today, you drive through the British Columbia interior and the mountain village of Fernie, known to skiers all over the world for its superb alpine skiing with some of the heaviest snowfalls and most dependable powder conditions. You cross the provincial boundary back into British Columbia to and pass through Cranbrook, a small community that grew up around the development of the Crowsnest Railway line at the end of the 19th century. Keeping just north of the United States border, you travel farther west across the rugged interior of the Rocky Mountains. Later you arrive in Rossland, home to many outdoor activities such as horseback riding, championship golf courses, mountain biking tours as well as various outdoor dining patios around town with spectacular views.

Today you depart Rossland and embark on the Crowsnest Highway as it cuts though the heights of the Monashee Mountains. One of the most dramatic intersections is the Bonanza Pass, offering a splendid photo opportunity as you leave the Kootenays for the Western Boundary regions. Driving into the Osoyoos region, you may glimpse the developing vineyards as they flourish in the warming, temperate climate. In partnership with the NK’MIP First Nations people native to the region, the Spirit Ridge Vineyard has blossomed into a world class winery, offering fine dining and tastings.

Spend your day walking along the 19kms of sandy beaches of Osoyoos Lake. You may also wish to visit the unique Haynes Point Provincial Park where the park access road takes you out on a narrow spit in the middle of the lake. Spend the afternoon at one of the pubs or wine bistros that line the shoreline near the middle of town.

Today you head westward for the coast on your return trip to Vancouver. Travelling along the northern edge of North Cascades National Park, the terrain quickly becomes more mountainous as you pass through small towns such as Merritt, Hope and Chilliwack. Descend down from the mountains to the shining spires and elegant bridges of Vancouver. If time permits, enjoy a late afternoon visit to some of the high-fashion boutiques of the downtown core, or relax at your hotel before perhaps indulging in an evening of fine dining at one of the dozens of restaurants of the downtown area.

Daily departures from June to September.