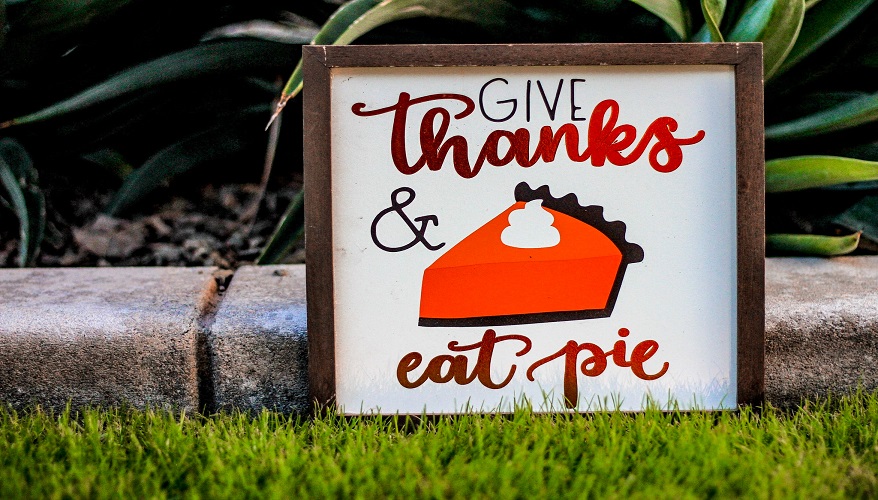 How to Celebrate a Traditional American Thanksgiving

Today (November 26) is American Thanksgiving, a day put aside for American people to give thanks for what they have. Though it may be a little different in 2020, it is a hugely important holiday across the pond.

So what exactly makes a traditional Thanksgiving holiday for our American cousins?

Every year, during a ceremony at the White House shortly before Thanksgiving, the President receives a gift of live turkeys. During his presidency, George H. W. Bush set a new tradition, where a ‘pardon’ is issued to the birds, who then live out the rest of their lives on a farm.

The 2020 pardon happened on Tuesday (November 24), where Donald Trump pardoned turkeys named ‘Corn’ and ‘Cob’. Following the pattern of recent years, the turkeys will be sent to live out the rest of their days at Gobblers Rest at Virginia Tech College of Agriculture & Life Sciences.

The meal you eat on Thanksgiving is the centrepiece of the celebrations. At first glance, the feast looks a lot like what you might expect to find on a British Christmas table, including the obligatory turkey, stuffing, cranberry sauce and gravy.

From there though, it swerves a little to include mashed potatoes (instead of our more favoured roasted ones), sweet cornbread and sweet potato. Dessert is distinctly American too. Pie is the traditional choice and popular flavours include pecan, pumpkin, apple and even sweet potato.

Breaking the wishbone of the turkey is a tradition for many families, with the hope that when the bone is snapped, the person who is left with the biggest portion will have their wish granted that year.

The practice is actually an old tradition dating back as far as 700BCE and came about as ancient civilisations believed that birds, such as turkeys, ducks and chickens, were oracles and could tell the future.

Like many things in 2020, the annual Macy’s Parade may be a little different this year. Since 1924 though, watching the parade on television as the marching bands, floats and huge helium-filled balloons move through the streets of New York, has been a beloved tradition on Thanksgiving morning for many American families.

Like the Macy’s Parade, another staple of Thanksgiving television is the annual football game. The first NFL game was played on Thanksgiving Day in 1934, with a game between the Detroit Lions and Chicago Bears, which came about because the owner of the Lions’ wanted to improve his teams standing. They have played in also every Thanksgiving game since, with a hiatus only for World War II.

If you’d like to experience some Thanksgiving traditions for yourself next year, we would love to help you plan a holiday to remember, please do get in touch at This email address is being protected from spambots. You need JavaScript enabled to view it..