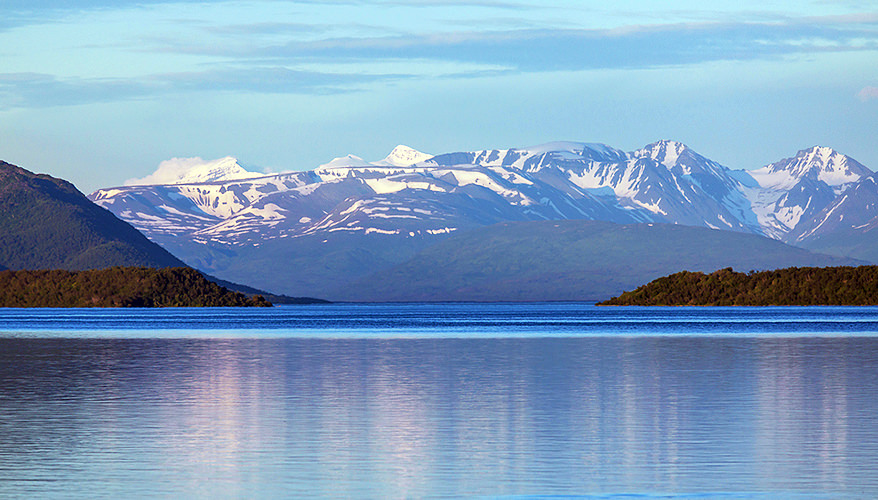 Alaska and the Yukon

Surround yourself in unspoiled landscapes, ancient glaciers and an array of wildlife on your Alaskan and Yukon adventure. Take a trip through breath-taking Prince of William Sound to view its glaciers. Visit the small town of Tok, the original trade centre for travellers coming from and returning to Canada. Experience the “Crowne Jewel” of the Canadian Parks system, Kluane National Park. Set out for the “Gateway of the Klondike” – Skagway. Board a scenic sternwheeler for a cruise on the peaceful Chena River. In the heart of wilderness, be introduced to a family who has made the rivers of Alaska a way of life. Savour first-class Goldstar service on the Alaska Railroad on an adventure into Denali National Park and travel deep into the park on a backcountry adventure Tundra Wilderness tour. Along the way come to know all of the treasures of “the last frontier.”

Our door to door airport transfer service takes you from your home to your UK departure airport for your flight. Your tour opens in Anchorage, the most popular city in the great state of Alaska. From here we embark on a true frontier adventure.

Today we journey to Whittier. Upon arrival, embark on a cruise of Prince William Sound and Blackstone Bay to view glaciers and watch for wildlife. Enjoy lunch on board during this fully narrated scenic adventure. This evening, join your fellow travelers for a welcome dinner.

Today’s drive to the small town of Tok is filled with incredible landscapes. We make our way along Wrangell-St. Elias National Park and Preserve, the largest in all of the United States. Overnight in Tok, an old stopover for travelers coming from or heading to Canada.

A picturesque day awaits as we travel to Whitehorse, the capital of Canada’s Yukon. The city was named after the local river rapids’ resemblance to the mane of a white horse. For part of the day we’ll be riding amid Kluane National Park, the “crown jewel” of the Canadian national parks system.

Gold! Travel back to a time when dreams of a big payday were on everyone’s mind. Ride to Skagway, the gateway to the Klondike. Revel in tales of the gold rush and local characters like Soapy Smith. Time is available to independently explore this Alaskan coastal community, filled with quaint shops and plenty of history.

Today’s final destination is Dawson City. En route, we’ll stop in the village of Carmacks to see the famous Five Finger Rapids mentioned in Jack London’s novel, The Call of The Wild. Carmacks is named after George Carmack, the man who struck gold in 1896, sparking the frenzy that turned Dawson City into the center of the Klondike Gold Rush. Within a few years, the population grew from nearly zero to 40,000. After the gold rush, the population plummeted…leaving behind a ghost town.

With such a compelling history, Dawson City offers up a fascinating city tour that includes the Bonanza Creek, site of the first gold strike. We’ll make a photo stop at the last sternwheeler, the SS Keno, which once transported silver, zinc and lead. Enjoy some leisure time this afternoon to further explore this rustic gold rush town.

An exciting day awaits as you ride along the Top of the World Highway. Discover why it rivals all other scenic roads. Stop in Chicken, one of the last surviving gold rush towns of Alaska. Share a laugh in this fun little community that retains its frontier spirit. Your home for the next two nights is Fairbanks, a city known as a wonderful place to catch a glimpse of the Northern Lights. Dive into life here and enjoy a local salmon bake featuring delicious all-you-can-eat Alaskan salmon.

This morning enjoy of city tour of Fairbanks that includes a stop at the Trans-Alaska Pipeline. Your afternoon features a scenic sternwheeler cruise on the Chena River. This three-hour journey takes you into the heart of Alaska and introduces you to a family who has made the rivers of Alaska a way of life. See a floatplane take off alongside the boat; then visit the kennels of an Iditarod winner and see the champion sled dogs in action.

A delightful day of sightseeing awaits as you board a deluxe dome railcar for the ride to Denali National Park. Along the way, embrace the elegance of first-class Goldstar service. Upon arrival in Denali you will have the remainder of the afternoon to relax or independently explore this magnificent area. Tonight, enjoy dinner and a show at the Denali Dinner Theatre where the history of Denali is performed by your wait staff.

Travel over fifty miles into the heart of Denali National Park to begin your Tundra Wilderness Tour.* This adventure offers a wide range of incredible scenery, narrated history and some of the best opportunities to view the park’s wildlife.

Relax as we make our way back to Anchorage. Upon arrival, there’s plenty of time to independently explore the downtown area. Tonight, celebrate your Alaskan adventure during a farewell dinner.

Your tour comes to a close today, leaving you with many wonderful memories of your adventure.

Various departure dates - call us for an up-to-date list.