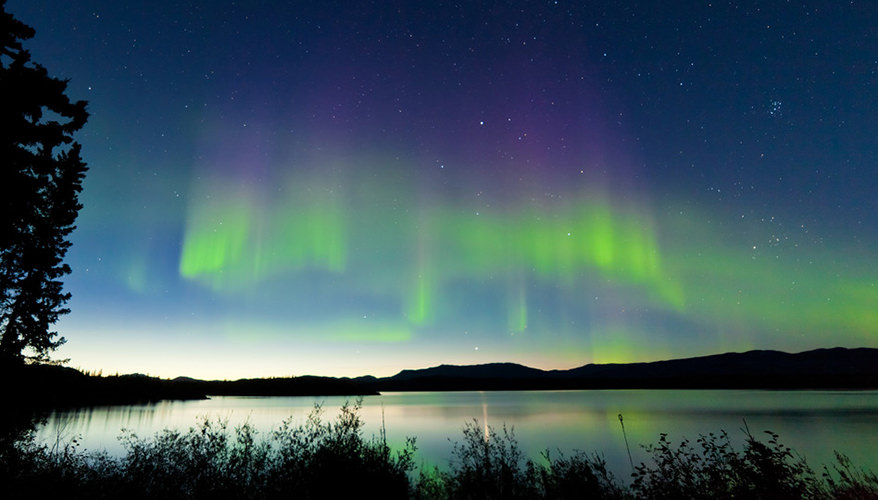 Across the Arctic Circle

One of the world’s most rewarding experiences is to travel across the Arctic Circle and experience life in this unique Canadian region consisting of the Yukon and the Northwest Territories. In many respects this is the “real frontier” region of Canada, full of fascinating history and many surprises and possibly the real frontier of North America.

This unique journey navigates the entire length of the famous Dempster Highway, past the marker at Eagle Plain where the Dempster crosses the Arctic Circle. The road parallels the Richardson and Ogilvy Arctic mountain ranges, where a foot print of today will possibly be the first time that a human being has walked in those “hills”.

This adventure visits the fabled gold rush towns of Dawson City and Whitehorse and Yellowknife on the Great Slave Lake. It travels on the White Pass and Yukon Narrow Gauge railroad, following the “Train of 98”, as did the gold seekers way back in…1898. It goes as far north as Inuvik on the Beaufort Sea and into the North West Passage to visit Tuktoyaktuk, an Inuit frontier settlement. This is truly “The land of the midnight sun”.

Join at Edmonton Airport for your flight in the north city of Yellowknife, the capital of the Northwest Territories. You will be met at the airport and transferred to your hotel. This evening we all gather together for an orientation briefing. 2 nights accommodation at the Explorer Hotel.

This northern, yet somewhat sophisticated town is full of surprises from the magnificent Prince of Wales Museum and the nearby unique Legislative Building to the curious and feisty neighborhood of Back Bay with its mix of frontier-style commercial and residential inhabitants. Float planes arrive and depart on the water air strip in Back Bay, adding to the hustle and bustle of the community. Mining is huge in this territory and recent discoveries of high-quality diamonds have added luster to the already mature gold mines in the area.

Today, we tour the bustling town and visit its remarkable contrasts. We take a short hike out to the Cameron Falls Ramparts and enjoy a packed picnic lunch.

We fly across the Arctic Circle and arrive in the town of Inuvik, which in Inuvialuktun, means “the place of man”. An orientation drive will acquaint us with this unique Arctic community.

The planned town of Inuvik is at the head of the Mackenzie River Delta. It is a transit town for goods and supplies heading both north to the drilling stations and then south again for re-supply. It has a real frontier atmosphere. Strolling the streets one can instantly get an appreciation for the vibrant, yet resourceful, life which these Northern Canadians lead. 2 nights accommodation at the Hotel McKenzie.

Inuvik and day to visit Tuktoyaktuk

We take a short flight along the Arctic coastline to visit Tuktoyaktuk on the Beaufort Sea. Its name means “It looks like Caribou” which is quite apt because “Tuk” is on the migratory path of these wonderful northern creatures and they are central to much of the heritage and current life of the Inuit people.

Due to its excellent harbour, Tuk became a central point for oil and natural gas exploration and related services in the Canadian Arctic region.

We travel today on the famed Dempster Highway over somewhat inhospitable terrain that traverses low mountain ranges. “The Dempster”, as it is known locally, is an extraordinary road leading North through some of the most lonely and inaccessible territory in North America. The road was only completed in the late 1980’s. It is used as a year round supply route to the communities on the Beaufort Sea, which have access to the Arctic Ocean and the Northwest Passage.

Between October and June, trucks roll north the entire winter season. Their drivers sleep at Eagle Plains, using the Ice-Bridges, rather than the ferries over the rivers and never turning off their engines for as long as it takes to get there and back.

The Dempster runs for 450 miles through a variety of stark, yet magnificent scenery. Treeless tundra, alpine foothills, valleys with arctic wildflowers, which all come to life in the brief Arctic summer. View extensive grazing plains for the migrating herds of Caribou, while off in the distance, two Arctic mountain ranges, The Ogilvy’s and The Richardsons, loom majestically, almost like silent sentinals as we travel on our way.

See communities such as Tsiigehnjik (Arctic Red River) and Teet’lit Zhen (Fort McPherson) before arriving at the Arctic Circle. A small sign commemorates this momentous crossing. The Eagle Plains Motel where we will spend the night is just down the road from the circle.

We continue south today on the Dempster through vast stretches of open countryside. This is an excellent area to keep your binoculars handy as a number of bird and animal species may be viewed from the highway.

Travel alongside the Klondike River to the confluence at the mighty Yukon River and the town of Dawson City, the capital of the Yukon until 1953.

2 nights accommodation at the Downtown Hotel.

At the height of the Gold Rush, Dawson City boasted the largest population of any town north of San Francisco and west of Winnipeg. Today, Dawson City has a permanent population of just 2000, which swells considerably during the short, but intense, Yukon summer.

An admirable conservation and restoration program has ensured that the days of the Klondike and the memories of those fortune-seekers will never be forgotten by lovingly caring for significant buildings in this his historic town.

We have ample time to visit Bonanza Creek and to inspect one of the massive dredges which moved earth and aggregate in search of gold. One of the joys of a visit to Dawson City is strolling the back streets and seeking out the cabin where Robert Service wrote his famous poems and then wandering into a local establishment for a coffee and a chat with whomever is here – a colourful and authentic character or a visitor from afar.

We travel 331 miles on the Klondike Highway, a former stagecoach trail connecting the two largest communities in the Yukon. Stop at the dreaded “Five Finger Rapids” on the Yukon River where many of the large stern wheelers foundered en route to the goldfields.

This road is still frontier country and you will see many local vehicles with the obligatory “stone shields” over their windshields and Australian style “Roo-Bars” in front of their radiators for safety.

An orientation drive acquaints us with Whitehorse (population 20,000) before checking into our hotel. 2 nights accommodation at the Goldrush Inn.

Today, we travel down by motor coach to Skagway, Alaska. Stroll through the streets of this pioneer town before boarding the narrow-gauge White Pass and Yukon Route Railway.

Our route climbs over the fabled gold-rush “Trail of ’98” to the Yukon Territory. Learn of the “Golden Stairs” of Chilkoot Pass climbed on foot by thousands of adventurers, many coming from as far a field as Europe, to seek their fortune. Often they hired human pack-horses to trek alongside them over the narrow trail, which was cut into the often snowbound pass as they inched North towards their destiny. We visit Carcross en route.

This evening, we take you out on the town to a performance of the Frantic Follies. Whitehorse still has a frontier atmosphere with its broad streets, riverfront location and the surrounding mountains and creeks which still contain sizeable deposits of gold.

We transfer to Whitehorse Airport for our flight south to Vancouver and bid the north farewell. Our trip ends at Vancouver International Airport.

We can offer this itinerary in a wide range of accommodation types including Superior Hotels and Small Inns.